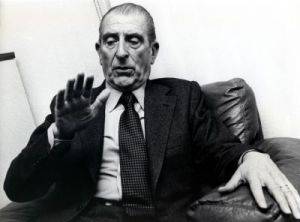 It was 27 years ago that General Augusto Pinochet attended the funeral of a man killed by his own security apparatus: former president Eduardo Frei Montalva, a Christian Democrat who led Chile from 1964 to 1970.

Protocol demands that acting heads of state attend the funerals of their predecessors, and this blogger covered the funeral.  The dictator’s motorcade pulled up to Santiago’s cathedral and as he emerged from the vehicle there were loud cries of Asesino! Asesino!  from some in the crowd gathered outside, and the jeering resumed after the service when Pinochet left. But the protesters were referring to the thousands of other human rights abuses committed by the regime, and at the time few were aware that Frei had become its latest and perhaps most prominent victim.

Here’s a link to an earlier post on the case.

Frei, one of the most vociferous critics of the socialist government of his successor, Salvador Allende, had even said the 1973 military coup had been necessary.  But as time passed he became a critic and then an opponent and thus came under the sinister eye of Pinochet’s security forces. His driver was an informant, keeping the regime up to date on his activities.

In late 1981 Frei checked into a private hospital in Santiago for a hernia operation and was discharged three days later, seemingly on the road to recovery. But Frei was slowly being poisoned to death and was readmitted to the hospital, where he died on January 22, 1982.

Frei’s body was eventually exhumed and examined by forensic experts, who found traces of mustard gas and other toxins. A judge in Santiago has indicted six people, including Frei’s former driver, in connection with the case, with sentences ranging from three to 10 years. Two of the indicted are former university professors of medicine charged with covering up the poisoning and falsifying the autopsy report.

Some further reading (in Spanish):

And the Chilean newspaper La Tercera has a special report on the investigation. 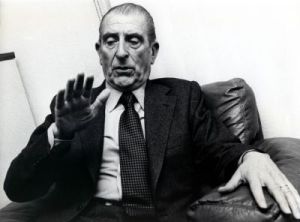 This week’s publication of a Wikileaks cable dealing with Chile may have helped speed up a judicial investigation into the death of former president Eduardo Frei Montalva.  This investigation has been going on since 2002, but not until  December 2009 were any indictments issued.

Some background:  Frei was a Christian Democrat whose 1964-1970 administration preceded the ill-fated government of Salvador Allende, overthrown in a military coup in 1973. Frei was a prominent critic of the military regime led by General Augusto Pinochet. In late 1981 the former president, age 71 and in general good health, checked into Santiago’s Clinica Santa Maria for a hernia operation. The surgery seemed to go well, and the patient was discharged, only to return to the hospital where he died of acute septicemia on January 22, 1982. Two decades later his family sought a judicial inquiry when they learned of an unusual autopsy—which they did not authorize—performed on Frei less than an hour after his death.  The U.S. Embassy cable, written and sent after the judge charged six people with his murder in December 2009, describes the post mortem scene:

Less than one hour after his death, doctors from the
Catholic University Pathological Anatomy Department came to Clinica
Santa Maria and performed an autopsy of Frei without the family’s
consent. The highly unusual autopsy was allegedly performed in the
hospital room where Frei died, using a ladder to hang the body
upside down in order to drain bodily fluids into the bathtub.
Some organs, and in particular those whose chemical compositions
might indicate poisoning, were removed and destroyed, and the body
was embalmed.

The investigating judge ordered Frei’s body exhumed and tested for toxins, and charged six people, including the late president’s driver (who confessed to working for the Pinochet regime’s security forces), another security agent, the doctor who performed the surgery, the doctor who performed the autopsy, a pathologist and another doctor with ties to the security forces who was present during the post mortem. But the timing of the indictments, just a few days before a presidential election, raised a few eyebrows. Frei’s son Eduardo Frei Ruiz-Tagle,  who had been served as Chile’s president from 1994-2000, was running against Sebastian Pinera, and some of the latter candidate’s supporters suspected the judge of trying to generate sympathy for the younger Frei.  The U. S. Embassy cable questioned whether any national consensus on the death would ever be reached:

Given the extremely long
time since Frei’s death and the destruction of some key organs,
forensic science may not be able to provide definitive evidence
whether Frei was murdered. Chile’s tragic recent history continues
to divide its people, and the death of this emblematic president
seems destined to be yet one more area in which the full truth may
never be known.

But right after the cable became public, Pinera announced his government would lend its support to the independent judicial process, offering the Interior Ministry’s resources to the investigating judge.  This case, and other suspicious deaths “must not remain in the shadows, that once and for all, the circumstances and those responsible should be made clear and that those who have responsibility assume the consequences,” he said.

Frei’s daughter Carmen expressed skepticism, noting that the Pinera government had cut back the Interior Ministry’s human rights department.  She called on authorities to turn over any files Chilean army intelligence had compiled on her father to the investigating judge.