It is dated August 19, 1959 and describes how Raul Castro, commander-in-chief of the Cuban armed forces, landed a plane in Santiago after a conference of foreign ministers had ended, ostensibly to take Cuban Foreign Minister Raul Roa Garcia home.

“After a delay in debarking because no suitable ramp could be found, Major Castro was taken to the customs office like any tourist.

At a news conference tonight Major Castro declared “We confess we made an error” in sending a military  aircraft here with soldiers.” 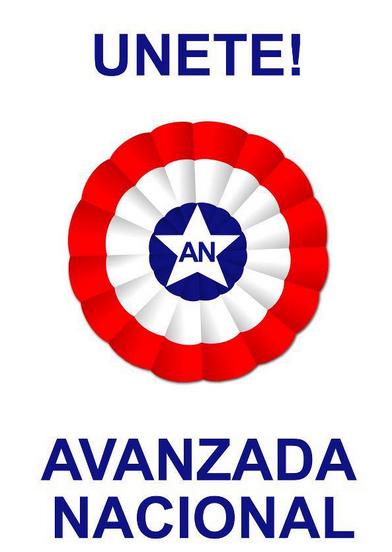 Watching the scenes of scuffles and journalists being kicked out of Donald Trump’s political rallies made this blogger recall something that happened to a colleague in Santiago way back in the 1980s. In 1984 the Pinochet regime created its own political party, the Avanzada Nacional (AN), whose members usually had ties to the military. Tim Frasca, who had arrived in Chile the previous year, attempted to cover one of their gatherings, and offers this account of an “uncomfortably rapid education in Chilean politics” during this period:

The regime’s grip was weakening by 1983 in the country when I arrived, but it was still very much in control when I attended a rally of Avanzada Nacional in Santiago’s Caupolicán Theatre the following year, thinking I would get a taste of the ultra-right worldview by direct observation. AN was one of the dozens of political groupings then in existence, including all the banned leftist parties now functioning more or less openly despite the ongoing risks. I knew they were fanatically loyal to the military regime but was entirely unprepared for what that meant.

I didn’t show my press badge when entering as it didn’t occur to me that I would need to huddle with other reporters. (I later learned that none of the openly opposition Chileans I had become friendly with would be caught dead at an AN rally—though perhaps that is an unfortunate turn of phrase.)

I climbed to the bleachers in an upper tier and pulled out my notebook to collect my thoughts on paper while waiting through the warm-up acts for the Big Guy. There were pro-Pinochet performers and minor political figures, and I casually noticed that the mostly male audience was populated with a lot of burly types you’d more expect to see standing outside the entrance to a popular nightclub.

When Pinochet arrived, the crowd erupted. It dawned on me that this was not a routine event when a crowd of men just to my right, all wearing sunglasses (inside, at night), stood and roared while giving the general the Nazi salute.

It soon became clear that the fact that I had remained seated and was writing something on a pad was attracting a lot of attention. Two of the cheering group came over to ask me who I was and what I was doing, looked at my press pass, and promptly snatched the notebook out of my hands and began to read it with great interest. They didn’t touch me but made it clear that I might want to leave now. I did make a futile effort to recover the notes through the security guards who simply laughed in my face.

My Chilean colleagues laughed at my innocence but also were alarmed and concerned. They told me to be more careful in the future, to ask their advice about where to go, how and with whom. It was only afterward that I realized that AN had a heavy presence of members of the regime’s secret police who were used to acting with complete impunity.

Over the years I quickly learned to recognize the particular barely repressed fury bubbling around a pinochetista march or rally—the instant threats, the demands that you bow to their position (by cheering Pinochet), the hatred of the press (“Tell the Truth!” was their constant chant since it was an article of faith that media hostility was the only thing weakening their hero), and eagerness for violence against the nearest scapegoat. I suspect these are shared characteristics among all authoritarian movements. Isolated protest at a Trump rally is therefore not recommended or tactically appropriate though challenging his backers for control of the streets is another matter.

Postscript: A year or so later, I put together a feature story on Chile’s Jewish community and interviewed the head of the local branch of B’nai B’rith. The Chilean dictatorship—unlike its viciously anti-Semitic counterparts in Argentina and Uruguay—was not particularly hostile to Jews though of course there were Jewish victims of the repression. But when the B’nai B’rith figure expressed mild approval of the dictatorship for its managerial performance, I told him about seeing the Nazi salute at the pro-Pinochet rally. He replied that it was impossible and that it could not have happened. As Upton Sinclair wrote, “It is extremely difficult to make a man understand something when his livelihood depends on not understanding it.”

Chile’s state controlled television stations covered AN rallies, but their broadcasts tended to avoid wide shots, which might have revealed the party’s small membership. Pinochet himself seemed to believe the party was a growing force, for its adherents appeared wherever he did. “I have seen this Avanzada Nacional grow from a small child to a man, but we must sow enough energy into it so that it becomes the first, the first among the political parties, the greatest of all,” he told supporters in 1987.

The following year Pinochet lost a one-man presidential plebiscite and in 1989 free elections were held for a new president and congress. Avanzada Nacional failed to win any seats in either the Chilean Senate or Chamber of Deputies.

Retired General Sergio Arellano, charged with some of the most egregious human rights violations during Chile’s military regime, died without ever going to prison.

General Sergio Arellano Stark, sometimes referred to as “the butcher” for his role in a series of summary executions in wake of Chile’s 1973 military coup, has died. Here’s part of the story from his notorious tour.

The northern city of Calama, located near Chile’s massive Chuquicamata copper mine, was relatively tranquil on the morning of September 11, 1973, the day the country’s military overthrew the socialist government of President Salvador Allende. The commander of the local army regiment, Colonel Eugenio Rivera, was meeting with a municipal government official to discuss plans for Chile’s two-day fiestas patrias celebrations to be held the following week. When the radio broadcast news of the military uprising, that meeting ended abruptly and Rivera telephoned the army general in charge of the region for instructions. As it turned out, neither he nor the general had been informed of the plans for the coup, as was the case with a number of senior Chilean military officers.

There was little open resistance to the coup, and many of the prisoners arrested in its aftermath had complied with radio and television announcements ordering them to report to authorities. Detainees were prosecuted by a provincial military court, which sentenced them to jail terms but found no evidence of weapons or armaments. One of the shorter sentences, sixty-one days,  was for the director of a local radio station, who had defied orders to shut down the station on the day of the coup.

But the Calama military court’s handling of these cases did not satisfy the authorities in Santiago, and the tribunal’s commander was ordered back to Santiago, where he was arrested, court-martialled and held in three different military installations where he was interrogated and tortured. On October 19 the Calama army base was visited by a senior army general from Santiago, General Sergio Arellano Stark. No one had been told the reason for the visit, and in an interview years later Colonel Rivera told this blogger that he had prepared a schedule for the general that included a formal luncheon and a visit to the copper mine. The Calama troops were standing at attention and the regiment’s band was waiting to perform when a Puma helicopter landed. General Arellano and his committee emerged, dressed in combat uniforms and brandishing their weapons “as if they expected to be met with enemy fire,” Rivera recalled.

Arellano showed Rivera a document designating him as General Augusto Pinochet’s delegate, and asked to see the files on political prisoners held at the base. After looking through the papers the general announced that a military tribunal would be convened after lunch. One of Arellano’s officers asked for and received permission to interrogate the prisoners before the tribunal met, and Rivera took the visiting general on a tour of the Chuquicamata copper mine.

When they returned to the base Rivera asked about the war tribunal and was told it had finished. There was a dinner for General Arellano that evening, and Rivera noticed that one of his officers seemed agitated. When the general and his committee left in the helicopter, the official told Rivera that the war tribunal had convened but when they ordered the prisoners to appear they were told that the twenty-six men had just been executed on the orders of Arellano’s officer. He and the other officers at the Calama base seemed in a state of shock, Rivera recalled, and said that one of the executed prisoners happened to be the brother of one of the regiment’s non-commissioned officers.

Calama was the last stop on what would become known as the Caravan of Death, a seven-city tour in which 97 prisoners were summarily executed. In 2008 Arellano and six other officers were sentenced to prison for their role in the killings, but by then Arellano was suffering from Alzheimer’s and was spared jail time. He ended his days in a Santiago nursing home.

Here’s a link to a radio interview by my friend and colleague Lezak Shallat with Zita Cabello-Barrueto, the sister of one of the men killed by the Caravan of Death: https://soundcloud.com/lshallat/zita-cabello-barruetos-search-for-spring-how-the-sister-of-pinochet-victim-prevailed-in-a-us-court The interview will air on March 15 at 7 pm in the show La Raza Chronicle on KPFA 94.1 FM.

And a link to Zita’s book, In Search of Spring: a sister’s quest to unearth the truth about her brother’s assassination by Chile’s Caravan of Death:http://www.amazon.co.uk/Search-Spring-sisters-brothers-assassination/dp/1500256757/ref=sr_1_fkmr0_1?ie=UTF8&qid=1457627941&sr=8-1-fkmr0&keywords=zita+cabello+barrueto+arch+of+spring