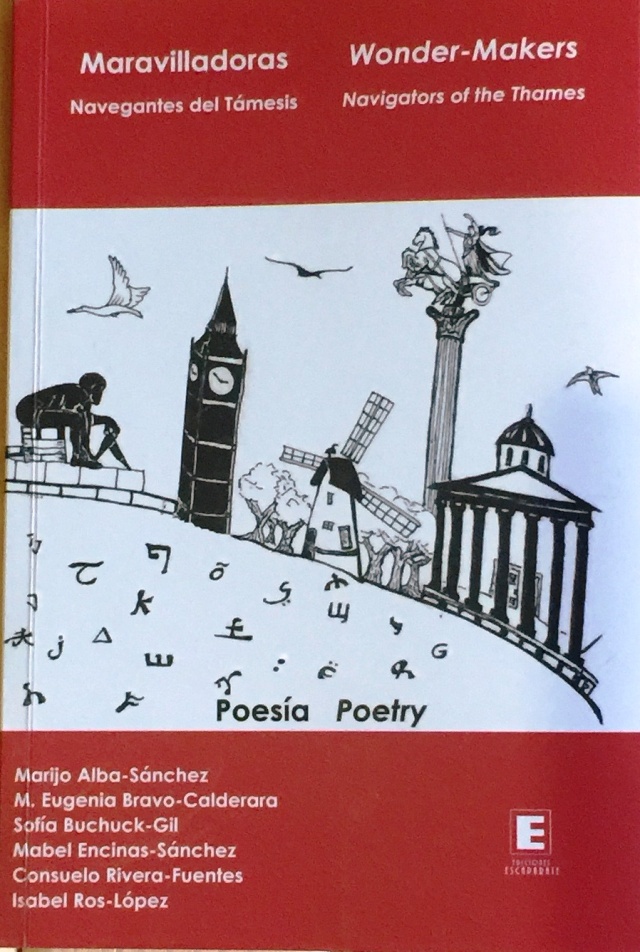 A group of six women from Spanish-speaking countries, including two Chileans, have just published Wonder-Makers: Navigators of the Thames, a bilingual volume of poems whose themes deal with exile, migration, loss and memory. The book was printed in Chile and launched this month at London’s Instituto Cervantes, and will be followed by a collection of the same authors’ short fiction later this year. Here’s a link to a video of the event: https://www.youtube.com/watch?v=MBwOE6thlP4 and an excerpt:

I built a stone house

“Nobody will destroy it,” I thought.

Water took it away,

Now it’s in the bottom of the ocean.

I lived in a shanty dwelling of crystal

“Nobody will steal it,“ I thought.

One morning on waking up

I was alone under the sky

The government had seized it.

They made it into a national monument.

I came up with a mansion of straw.

“Nobody will take it away,” I thought.

But my neighbour’s cows

ate it one afternoon.

Now I live with the sky and the sea.

I know that no one can occupy my dreams.

Chile’s Punta Peuco prison, the special prison that opened in 1995 to house inmates convicted of human rights abuses during the military dictatorship, is now overcrowded, according to justice officials. The news came as six retired military officers were sentenced this past week for their role in the notorious Caravan of Death case, a series of summary executions of prisoners in several cities in the Atacama desert in wake of the 1973 military coup.

According to Chilean officials, the prison was built to hold 112 inmates and was already filled to capacity before this most recent judgement. And more prisoners are expected when the Supreme Court rules on another infamous case later this year. La Tercera has this story http://www.latercera.com/noticia/nacional/2016/02/680-668050-9-ingresan-seis-internos-a-punta-peuco-y-penal-excede-limite-maximo.shtml