I have a guest post on my publisher’s web site, about the political background to Chile’s Oscar-nominated film,”No.”

And The New Yorker has a review of the film: http://www.newyorker.com/arts/critics/cinema/2013/02/25/130225crci_cinema_lane?currentPage=all

The Miami Herald reports that the Guantanamo Bay Navy Base is being used as a training ground for a possible humanitarian-relief crisis “inspired by the tens of thousands of Haitians and Cubans who overwhelmed this base in the 1990s: http://www.miamiherald.com/2013/02/11/3228062/guantanamo-is-used-for-mass-migration.html

The Huffington Post has a piece by dissident blogger Yoani Sanchez on her country’s famous cigars, now out of reach for most Cubans: http://www.huffingtonpost.com/yoani-sanchez/a-box-of-cigars-cost-a-ye_b_2659579.html

The Global Post has a report by Reuters on Cuban plans to expand its largest oil refinery against a background of uncertainty over joint Cuba-Venezuela projects:  http://www.globalpost.com/dispatch/news/thomson-reuters/130210/amid-uncertainties-cuba-seeks-funding-refinery-expansion

The Toronto Star on Canadians abandoned by Cuban spouses soon after their sponsored arrival in Canada: http://www.thestar.com/news/immigration/2013/02/07/from_cuba_yet_another_broken_heart.html

Berkeleyside, a news site covering Berkeley, California, reports on a sister city program with a town in eastern Cuba and a clean water project: http://www.berkeleyside.com/2013/02/08/berkeley-aims-to-help-sister-city-in-cuba-with-clean-water-plan/

Marcelo Montecino, whose photographs illustrate my second book, The General’s Slow Retreat: the Pinochet Regime in Chile, has recently published his own book, a photographic memoir of five decades in Latin America.

He told me the book, Marcelo Montecino: 50 Años, came about as a request from the publisher,  Pehuén Editores, to do a book of his best work. “I essentially had the choice of doing an “art book” or a sort of memoir,” he said. “I chose the latter so as to show all sides of my life as a photographer, my early stumblings, confusion and search for a theme and a style. The coup (in 1973) helped me find my way.”

This is the publisher’s web site, and they’ll probably ship overseas: http://www.pehuen.cl/catalogo/fotografia-patrimonial/marcelo-montecino-2.html

And here are two of his favorite photos from the book: 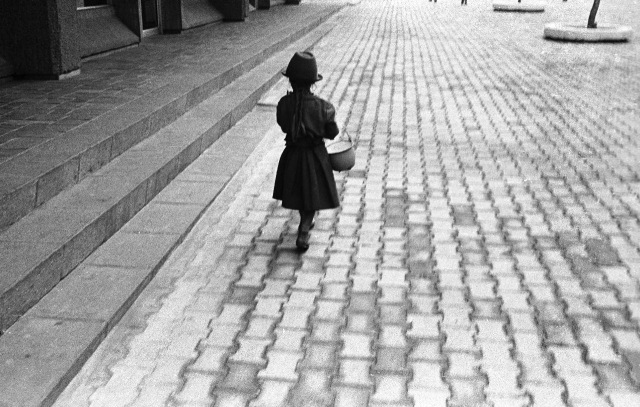 Santiago, 1964. A scene near the Mapocho River.

And the online literary magazine The Millions has a thoughtful essay on Bolaño’s Woes of the True Policeman, the latest of his works to be released posthumously: http://www.themillions.com/2013/01/woes-of-the-posthumous-novel-on-roberto-bolanos-latest.html